This month received a few emails from colleagues that I haven’t heard from in a long time. One of the upsides of the current “pandemic pandemonium”. Each mentioned that I was probably terribly energized by the new focus on “ed-tech”. I had to chuckle because despite my background and belief in the possibilities of online affordances – I’m not chuffed. I’m really disheartened and let me tell you why.

[Also see Audrey Water’s related article – Luddite Sensibilities. She speaks to many of the same concerns as I do here.]

The Chinese say a crisis is “a dangerous opportunity” and that’s what many schools and educational organizations face. How to institute a strong online curriculum that truly “teaches” students and motivates them to learn and grow and be nurtured?

I add all that because I’m deathly scared the vast majority of online programs are “getting it wrong” and that it is a big mistake (unless truly temporary) for schools to go fully online with their instruction. Putting health concerns aside, we need to realize schools are there to serve students and in particular, students that wouldn’t probably study, personally grow and learn otherwise.

In every class, the majority are reluctant learners. That’s just a fact. They are the middle ground, there for a wide variety of reasons. But knowledge / knowing isn’t the intrinsic flame that drives their learning activity. They need teachers, human contact, classmates, school culture to survive and grow and slowly move up the stairwell into independent, autonomous, mature learners. And I believe most online programs – watch video lectures, listen to your teacher on zoom, do these handouts and activities and complete on Google classroom just ain’t gonna do that. They’ll be left behind. The whole damn lot of these reluctant learners.

We don’t realize school is not an either / or. It’s not a place just to warehouse the young so the economic machine can keep purring. Nor is it a place where only knowledge is acquired and skills perfected. It is much more – it is a place where we nurture and grow human character and potential.

And this “soft” side of schooling just isn’t going to happen well through online instruction. Sure, the 5 – 10 percent of “non-reluctant” learners will do well online and even excel. They are self-motivated and they’d succeed whether we teachers were there in class or not. But the rest – they’ll get left behind unless we truly build online learning environments that recognize the emotional, personal, human, oh so human and cultural nature of schooling. And for the most part – nobody’s doing that, attempting that.

So I’m scared of the coming “online only” matrix. And too how ed tech will adopt surveillance and control as the means of instructional command online. But mostly, I’m scared about Jane and Juan who need our emotional support, who need “a class” that has their back. I’m scared they’ll be left behind in this brave new online world. Actually, I’m pretty convinced they’ve already been left behind. 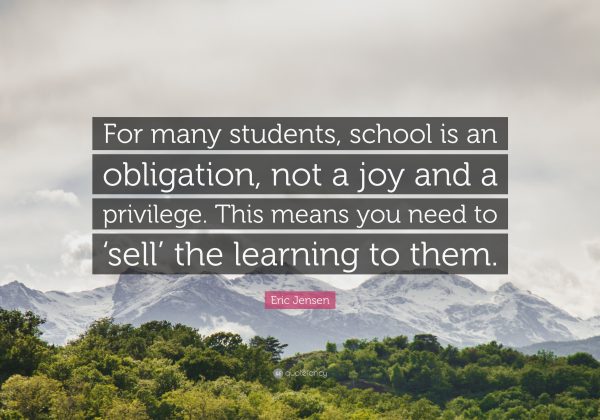 There has been a lot of debate about the  ideas of Sugata Mitra. He tends to get under teachers’ skins, especially…

Go Digital will launch very soon! Here is a little on how it will work. Also, an interview with our founder - David…