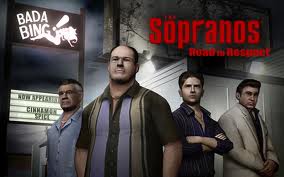 Can you be my psychiatrist? May I admit something? I’ve always had a severe sensitivity to language – especially the proclivity to pun incessantly. I kid you not – full-blown Foerster’s Syndrome. It is under control but today I’ve had a hard day with the word, “indelible”. It has been in every second sentence and almost every thought.

I looked it up:

I don’t know why but I keep thinking of how indelible language is.

Language affects us, subtly and its invisible fingerprints are all over us. I wish I had an infrared scanner to show the marks of language. It plays with us and affects our behavior. It taunts and teases us with possibilities. Ah, how marvelous this ability through the word to make things appear that are invisible! Yes, it is possible. Think, “cheesecake” – there, I made it appear, I even made you taste it, in your own fashion.

Now, (and as any of my prior professors certainly know), I am not a Sapir Whorfian. Those kooks that believe that because language DOESN’T contain something, you are lacking in certain faculties of universal make up. My god, Stephen Jay Gould never tackled them, but certainly is laughing in his grave. That I don’t have any numbers above 7 in my language – does not mean I couldn’t ever understand the concept of “a million”.

But I don’t intend on arguing Sapir – Whorf. I just would like to say that despite my criticisms, as a poet and a man who suffers from sickness of “words” – there is power to language and it does affect us humans who use it and take it in. It does transform. But not in the resolute way culture does, that I’m not certain about. However, it changes us in the way we behave as language speakers. Language effects language and we are so unaware of its power over us. Let me relate 2 experiences to clarify this.

One. I remember walking into a kindergarten in Korea where an Australian teacher had been teaching, hardly teaching. (that’s a pun – got to stop it! But all kindergarten teachers should be hardly teachers). I remember walking in and participating in the lesson and being utterly blown away by the Australian English accents of each and every Korean tyke. Here, they’d been learning English less than 6 months and were speaking like they’d just walked out of the outback.

Two. I used to work as a steelworker. I loved walking the beams and did it throughout university and for 3 years after. One summer, we had a big project and hooked up with another team. (usually, our crews were light, 3 main guys and 2 helpers). Well, this crew cursed and swore with the best of them. Every second word was “Mother this” and “F that”. I was always the gentleman but one day while visiting my sis and family, my sis pulled me onto the patio and said, “David, you got to stop speaking like that or you are going home!” I’d picked up the swear words and was giving it like the best of that crew.

I’m remembering this after watching the Sopranos for the past month. Trying to debrief and just chill a bit. Now, I must admit, I’m the only guy on the planet who has probably never seen or heard of the Sopranos. But I downloaded P2P and have finished 2 seasons so far. And I’m speaking like Tony! OMG.

Which brought me and brings me to the sneaky and indelible nature of language. It affects our language behavior and as a teacher – we really affect our students, in the time we spend with them as language models. So often, we unindelibly (is that a word, spell check say no) want to affect our student’s language and language behavior, however, language will have its own way. It will act and effect you, “indelibly”, be warned. Language is powerful – it can throw men off cliffs and make others machine gun crowds. It is a sneaky thing.

I guess that is why those Hindu’s of old used, “OM”. Best when dealing with IT, to keep IT off guard.

Today , us English language teachers face a world that is very fractured, post-modernist and with many dimensions. It… 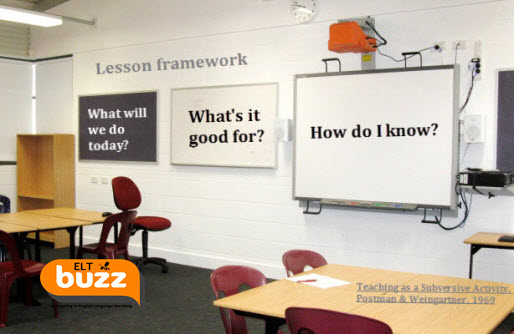