Today, I watched an episode of the Youtube series – Mind Field. It is about a researcher in Japan who studies chimpanzees, especially their short term memory and cognitive abilities.

In the episode, the researcher, Tetsuro Matsuzawa sheds light on his Cognitive Trade-off theory. His hypothesis suggests that the development of human language led to a decrease in human short-term memory. A trade-off. Humans evolved on the savannah and needed language. For language to develop, there had to be a trade-off and this occurred in terms of a decrease in our short-term memory. In the episode, you see chimpanzees performing with ease, short-term memory tasks (basically pattern recognition) that the human host can’t do at all.

It’s an intriguing idea but like all “hypothesis” it really is just that. Can’t be proven and it also has a lot of holes in it.

We also have to wonder about cognition being described as a limited, zero-sum kind of feature with only so much processing power. The brain as a processor model is quite discredited and there are adequate brain resources (over 3 times the neurons of a chimp).

What I found fascinating is the beauty of the hypothesis. But that doesn’t mean it is true that humans de-emphasized short term memory for extraordinary language capacity, which is one mechanism for increased collaboration and altruism in humans.

The episode is very much worth watching and pondering if you are in the field of language learning and teaching. It reminded me of my own pet theory – the cognitive trade-off of a foreign language. I proposed that higher-level foreign language students have a much better short-term memory in their L2 than lower-level students and this can be accounted for by not needing to focus on form (Patten’s Input Processing Hypothesis). As I argue in my article – it also is a sound basis and way to quickly determine a student’s language level. Someone should make a quick placement test for language students based on short-term recall.

The brain remains a big mystery in so many ways. We need much more research, we even still don’t understand the basics. But still, it is stimulating to think of these beautiful theories …

The online world is rather fragmented, dispersed. It really, truly is. There is so much (SO MUCH) content posted and…

Today , us English language teachers face a world that is very fractured, post-modernist and with many dimensions. It… 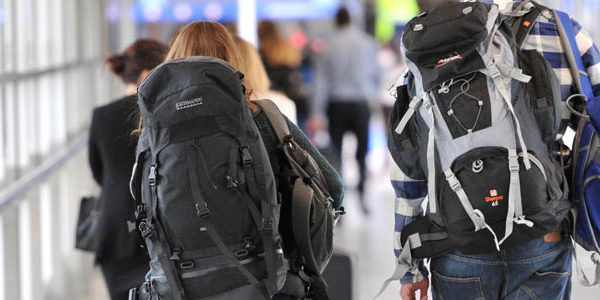 I think backpacking English teachers get a bad rap. Truly they do. And especially from the more “senior” and…